Cimahi City was originally one part of Bandung Regency, with rapid growth finally established as an administrative city on January 29, 1976, then became autonomous city on June 21, 2001. Cimahi currently become one of the growth areas of Bandung in the West. The current population is 561,386, with an average growth of 2.12% per year (source: population database of Cimahi City 2014).

Green Open Space (RTH) in several cities in West Java has decreased both in terms of quality and quantity. This has the effect of reducing urban environmental quality and causing urban problems such as floods, especially in the rainy season, increasing air pollution, and decreasing urban happiness index due to the lack of open space available for social interaction.

The similarity of the configuration of the arrangement of the site in this case the similarity of the typology of building mass composition, the number of occupants and the target of the residents of low income (MBR) of the two rusunawa Cimahi City, namely Cibeureum and Leuwigajah interesting to examine which is more effective the arrangement of green space and its utilization and the determinants what's playing.

In the management, maintenance and utilization of the flats RTH is the main responsibility of apartment managers, in this case the Cimahi Municipal Government, but the involvement of all residents in maintaining and maintaining cleanliness, especially in disposing of waste in place and use the facilities provided responsibly.

This work is licensed under a Creative Commons Attribution-NonCommercial-ShareAlike 4.0 International License.

Authors who publish with this journal agree to the following terms: (1) Authors retain copyright and grant the journal right of first publication with the work simultaneously licensed under a Creative Commons Attribution License that allows others to share the work with an acknowledgement of the work's authorship and initial publication in this journal; (2) Authors are able to enter into separate, additional contractual arrangements for the non-exclusive distribution of the journal's published version of the work (e.g., post it to an institutional repository or publish it in a book), with an acknowledgement of its initial publication in this journal; (3) Authors are permitted and encouraged to post their work online (e.g., in institutional repositories or on their website) prior to and during the submission process, as it can lead to productive exchanges, as well as earlier and greater citation of published work.
Author Biographies

Most read articles by the same author(s)

ACCREDITATED Rank 2 [Grade Sinta 2] by Ministry of Research and Technology/National Agency for Research and Innovation of the Republic of Indonesia, Decree No. 85/M/KPT/2020, April 01, 2020

ARTEKS HAS BEEN INCLUDE IN FOLLOWING
DATA BASE [INDEXED BY]: 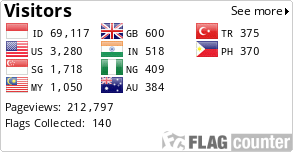